"But today I've been walking around changing out the Philips bulbs that are just a couple of years old.

Sure, they still "work" – but actual light output is maybe a quarter of what it was when new"

"Sounds like insufficient heat sinking in the design itself. Heat ages LEDs fast"

"I did the same, changed all the spot lights in the house with LED, but almost all of Â them died less than a year later.

The problem is NOT the LEDs, they are very reliable and working perfectly,

the problem is the electronic circuits driving them are so badly made, they blow up very quickly making the whole thing a VERY expensive failure."

"We've gradually been switching from fluorescents to Panasonic LEDs. We have a dozen by now, with the oldest ones three years old and have yet to have any burn out pr go visibly bad. And the light quality is pleasant, much better than the fluorescents and incandescents they're replacing"

"All big manufactures suck in LED technology. I also replaced every light here with LED, bought at Amazon. Good stuff is from LumenTec for example. Almost 100Lumen per Watt"

"Personally, I find it disturbing that most lighting products available in retail stores are 3000-4000 k, which provide horrible color rendering in a home environment. (should be 2700k)"

"At work we use LED fixtures by Dialight, 72 watt, replacing 400 watt HID. They run cool. They run cool due to the massive heat sink"

"If you want cheap LED lights buy them off AliExpress. Â You can get down light for about $2.50 for approx 600 lumen at 3-4 watts. You can get B22(bayonet)/E37(screw) type LED globes for about $3. Free postage too to major World locales."

"IÂ Â ordered mine directly from manufacturer somewhere on aliexpress.com. My choise is corn bulbs with 5630 LED which has 50lm ouput each according to the datasheet. 60x on one lamp gives like 120w incandescent light output and they are actually doesn't require additional heat dissipation as they are distributed over the lamp."

"IÂ Â use CREE bulbs bought from china…they seem good-working even after a couple of yrs, the brightness didn't decrease"

"IÂ attended a Facilities Conference with the Cree reps and have seen their tech. THEY are the global pioneers of LED technology and have the best warranty and Guaranty. Not only will their products last for a long time, they promise that you will not lose lumens."

I've replaced most of the lights in our house with LED's, because I detest those nasty CFL's.Â

And in general, things are working out pretty well. I'm particularly pleased with the 6" EcoSmart recessed lights you can get at Home Depot (not a bulb replacement – it replaces the whole trim kit).

But today I've been walking around changing out the Philips bulbs that are just a couple of years old. "40,000 hours" my ass. Sure, they still "work" – but actual light output is maybe a quarter of what it was when new.

I'm hoping the new Cree bulbs are better. Cree is the manufacturer for the LED module for the EcoSmart recessed lights, so I have some reason to be hopeful that a couple of years down the line I won't curse at them.ï»¿

The best performance for Percona-5.5 is reached on 16cores-HT configuration

The best performance for MySQL 5.6 is also reached on 16cores-HT config

Recep Tayyip ErdoÄŸan – Wikipedia, the free encyclopedia
During ErdoÄŸan’s Prime Ministership, relations with Greece have been normalized. Political and economic relations are much improved. In 2007, ErdoÄŸan and Greek Prime Minister Kostas Karamanlis met on the bridge over the Evros River at the border between Greece and Turkey, for the inauguration of …

The files show that the National Security Agency and its UK counterpart GCHQ have broadly compromised the guarantees that internet companies have given consumers to reassure them that their communications, online banking and medical records would be indecipherable to criminals

The NSA spends $250m a year on a program which, among other goals, works with technology companies to "covertly influence" their product designs.

A more general NSA classification guide reveals more detail on the agency's deep partnerships with industry, and its ability to modify products. 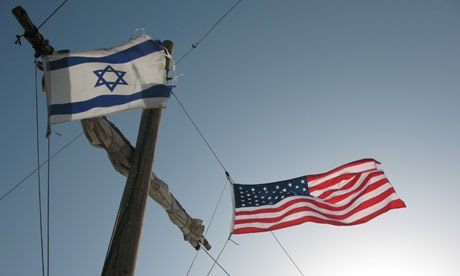 Naomi Klein : The Big Green groups are more damaging to Earth than the deniers. :: I must admit that I'm jealous to Naomi Klein. Her analysis is backed by blade-sharp focus & logic, and she's also able to write it into a book very well. One can always aspire to be, but in reality, very few will be able to reach her level.

Her latest book, The Shock Doctrine, is a real shocker to read; detailing how free marketers ride on top of crises, natural or manufactured, to reap profits. With just two books, the first is the International best-seller "No Logo", she has managed to accumulate immense global influence.Â

She turned her attention to global climate problem for her third book. And we're in for another shocking discovery – the Big Green groups actually causes more damages than the (global warming / climate change) deniers.

An excellent article in The Guardian covers this topic very well. In short, by cooperating / partnering with the Big Polluters, the Big Green groups are having conflict of interest, and ended being played by the big polluters.

The green groups are not nearly as clever as they believe themselves to be. They got played on a spectacular scale.

Communities, in Richmond, California for instance, who would have been like, "We fight climate change and our kids won't get as much asthma."
That win-win was broken because you get a deal that says, "OK you guys can keep polluting but you're going to have to buy some offsets on the other side of the planet." And the local win is gone, is sacrificed.

..it's a really important question why the green groups have been so unwilling to follow science to its logical conclusions.
I think the scientists Kevin Anderson and his colleague Alice Bows at the Tyndall Centre have been the most courageous on this because they don't just take on the green groups, they take on their fellow scientists for the way in which neoliberal economic orthodoxy has infiltrated the scientific establishment. It's really scary reading.

And so we see this grassroots, place-based resistance in the movements against the Keystone XL pipeline and the Northern Gateway pipeline, the huge anti-fracking movement. And they are the ones winning victories, right?

I think the Big Green groups are becoming deeply irrelevant. Some get a lot of money from corporations and rich donors and foundations, but their whole model is in crisis.

…there's a big push in Europe where 100 civil society groups are calling on the EU not to try to fix their failed carbon-trading system, but to actually drop it and start really talking about cutting emissions at home instead of doing this shell game.Â

We don't have any more time to waste with these very clever, not working shell games.

MySQL : careful with index_merge. :: MySQL 4.x was not able to use more than 1 index. MySQL 5.x fixed this with a feature called "index merge".

However, there are times when this feature actually slows down the performance.
An excellent example & explanation about this is discussed on the article I linked here.

I experienced a similar situation – a query is reading multiple indexes + intersect + sort it = CPU intensive, AND turned out it's executed several hundred times per #second.

It ended up overloading the database server pretty spectacularly 🙂

The (temporary) quick fix is to execute the following command in MySQL console :

Then once you implemented the correct solution to the problem (change the query / create a new compound index / etc), don't forget to turn it on again.
Otherwise other "innocent" queries might suffer because of it 🙂

The Optimization That (Often) Isn’t: Index Merge Intersection – MySQL Performance Blog
Prior to version 5.0, MySQL could only use one index per table in a given query without any exceptions; folks that didnâ€™t understand this limitation would often have tables with lots of single-column indexes on columns which commonly appeared in their WHERE clauses, and theyâ€™d wonder why the EXPLAIN plan for a given SELECT would [â€¦]

"EC2 is not a magic bullet. You suffer from higher network latency and noisy neighbors"

"Amazon doesnâ€™t even know what some of their limits are"

Jeremy Edberg , the first paid employee at reddit, teaches us a lot about how to create a succe…

i. :: thanks for your inspiring movies. Happy retirement, may you live a happy life as you have brought more happiness to our family.